Been feeling down lately and have some concerns about yourself? Notice that the changing of the seasons really get to you? You might have seasonal affective disorder, but only a doctor can really tell you if you have the mood disorder called SAD.

However, for a starting point this seasonal depression test might help you confirm things; although no internet seasonal depression quiz can be as complete as an evaluation by a medical professional; which is always recommended. You can take the seasonal affective disorder test below.

Scientists at The University of Copenhagen have revealed that they’re pretty confident they know what the cause of seasonal affective disorder is and why it affects some people and not others.

Research was conducted on 34 participants who volunteered to have brain scans performed. Although thirty-four people isn’t very many, the consistency of findings in 11 of them brought more certainty. 24 of the people did not suffer from seasonal depression while the other 11 did. This way the scientists could study the brain scans and see what was normal compared to what was not in the subjects who have SAD.

The findings were that in the eleven people scanned there was an increased production of a transporter protein that depletes serotonin. A serotonin transporter (SERT) moves serotonin back into nerve cells where it becomes inactive. As a result, the higher the SERT in patients the lower their serotonin levels.

The difference between people who are not affected by SAD and those who are is that individuals who don’t experience depression during the winter have serotonin levels that remain at a normal level. Individuals who have SAD may have a higher SERT (transport of serotonin back to an inactive state) which lowers the neurotransmitter.

What’s also important to note about this study is that it was designed to monitor activity in the brain throughout the year so that scientists could get a closer look during both summer and winter.

The major takeaway here is that the volunteers who had SAD experienced a major drop in serotonin during the winter months compared to others.

Recently I wanted to take a closer look at the NorthStar 10,000 LUX light box and this is what I discovered. Pros: Lifetime Warranty to original END_OF_DOCUMENT_TOKEN_TO_BE_REPLACED

Rating: The Lightphoria 10,000 Lux Energy Light Lamp is a portable SAD light system that mimics real sunlight and does so in a compact and END_OF_DOCUMENT_TOKEN_TO_BE_REPLACED

Rating: One of the most popular light therapy boxes on Amazon, the NatureBright Sun Touch Plus Light & Ion Therapy Lamp packs all of the END_OF_DOCUMENT_TOKEN_TO_BE_REPLACED

Rating: If it weren't for the price I would say that the Verilux HappyLight takes the cake, but I know that most people aren't going to want END_OF_DOCUMENT_TOKEN_TO_BE_REPLACED

Rating: The Philips HF3520 Wake-Up Light With Colored Sunrise Simulation is a star player in the Amazon marketplace and a #1 featured product END_OF_DOCUMENT_TOKEN_TO_BE_REPLACED

Things That May Interest You 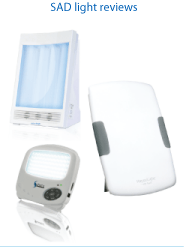 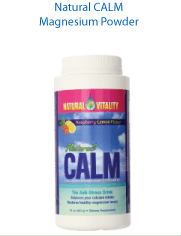 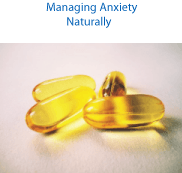 I receive monetary compensation should you decide to purchase a product mentioned on this site by clicking on a link to a product.

I have no problem being transparent about this as I pride myself on writing good content that delivers to you information that is also important to me.

I get paid a small commission should you choose to buy a product after clicking through on one of my links linking to the product. This helps me cover the costs of running this site, but by law I must make sure that you know this.

Therefor you should also assume that any link on this site leading to a 3rd party website is an affiliate link, although they aren't always. I also make sure to only link to trusted sources, mainly Amazon.

I sincerely hope to point you in the right direction and help you find solutions for issues relating to depression, seasonal depression and anxiety, as I have also struggled with these issues throughout my life.

Best of luck in your quest for answers.